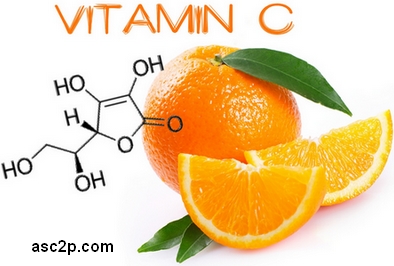 Vitamin C is a famous water-soluble chemical that is an essential dietary nutrient for humans and a few other species. It acts as a co-factor in at least eight different important biochemical reactions. It plays a key role in the synthesis of collagen, carnitine, tyrosine, and several neurotransmitters. It is involved in the metabolism of microsomes, and plays an essential role in iron absorption and immune system activation. It may also have some anti-oxidant activity. A deficiency of vitamin C leads to scurvy, which is characterized by unstable collagen, bleeding, inability to heal wounds, and eventually, death.

The Institute of Medicine (IOM) recommends that adult humans consume at least 90 mg, but less than 2000 mg of vitamin C per day. These amounts are sufficient to prevent symptoms of scurvy from developing. There is, however, some debate as to how much vitamin C is necessary to support optimal health. Most other species that require dietary vitamin C consume 10 to 20 times the IOM’s recommended daily amount for humans. However, in experiments, humans consuming 6000 mg of vitamin C per day tend to develop digestive upset.

Ascorbic acid’s lack of stability has long been a problem for manufacturers. For example, many anti-aging preparations brag about the inclusion of vitamin C in the product, but ascorbic acid is rapidly oxidized upon exposure to air and loses its potency. This is unfortunate, because application of active, bioavailable vitamin C to the skin can stimulate collagen synthesis and help fade away discoloration and sunspots, improving the appearance of aging skin.

Asc2P has a phosphate group attached to the 2nd carbon of the benzene ring that forms the central structure of ascorbic acid. Oxidation of ascorbic acid occurs at the hydroxyl group that is attached to the 2nd carbon. Replacing this hydroxyl group with a phosphate group to form Asc2P prevents oxidation from occurring. L-ascobic acid 2-phosphate is commonly available as either a sodium or a magnesium salt. The magnesium salt version of Asc2P is sometimes referred to as MAP (Magnesium Ascorbyl Phosphate).

Asc2P as either MAP or as a sodium salt, is used in some anti-aging skin preparations due to its stability. It doesn’t oxidize or break down in response to oxygen or light, and therefore can remain active in products during shipping and storage. After application to the skin, the asc2p remains active for a prolonged period of time even though it is being exposed to sunlight and air. After absorption into the skin cells the phosphate group is cleaved off the asc2p to release the active ascorbic acid. In skin cells, it acts as an antioxidant, promotes collagen production, and blocks the activity of tyrosinase.

Tyrosinase is involved in producing deposits of melanin in skin cells that have been exposed to sunlight. Therefore, regular application of asc2p to the skin removes “liver spots”, discolorations, and uneven skin tone to gradually fade away. L-ascorbic acid 2-phosphate can also be used to treat melasma, or the mask of pregnancy. In response to hormones and sunlight, some women develop a mask of dark pigmentation across the face called melasma. Melasma may or may not go away on its own after the pregnancy ends; in cases that do not spontaneously resolve, application of Asc2P along with diligent protection of the skin from sunlight can fade away the discoloration.

During the aging process, the skin slowly stops producing collagen. This causes the skin to become thinner and less elastic, and leads to the formation of wrinkles, creases, lines, and sagging. Young skin bounces back after it has been pulled into a smile or frown, but older skin stops bouncing back and starts to form crow’s feet, laugh lines, and frown lines. Asc2p is a very stable form of vitamin C that can penetrate the skin to protect against intracellular oxidation and stimulate collagen production. Due to its stability and unique ability to penetrate the skin, L-ascorbic acid 2-phosphate is around 20 times more potent than ascorbic acid in fighting signs of aging. Regular use can leading to thicker, more elastic, smoother, and younger-looking skin. 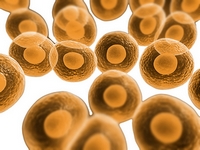 L-ascorbic acid 2-phosphate is commonly used in laboratories as an additive to the media used in human cell and tissue cultures. In these cultures, it stimulates collagen production and enhances the survival of the cultured cells. Adding regular ascorbic acid to the media does not produce either effect, perhaps because it breaks down before it can be absorbed in sufficient quantities. Asc2p is commonly used in work with stem cells and tissue engineering. Its ability to promote collagen production is vital for tissue engineering. With stem cells, it is used both to enhance the survival of the cells and in some cases to promote differentiation of the cells into specific cell types. The stable asc2p is a vital component of these exciting areas of scientific research.

These many features, combined with its zero toxicity, are the reasons why experts highly recommend this ‘super-vitamin’, both for its vitamin-potent action and its outstanding anti-aging effects.